The “House of the Dragon” Première Recap: A Bad-Heir Day 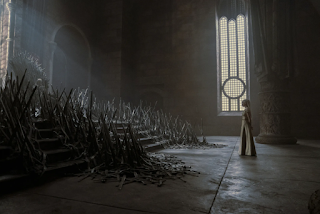 The new 'Game of Thrones' show has arrived, in the year of our fears 2022, to get us away from our long winter full of controversial 'thrones'. Do we want to go where it leads us? "House of the Dragon," HBO's prequel series based on George R. Martin's "Fire and Blood," tells the story of House Targaryens in a time before our old friends appeared: one hundred and seventy-two years before of the death of the Mad King, tell the initial titles, and the birth of his daughter Daenerys Targaryen. Life in the year 172 a. C., as I call it, sounds familiar: dusty cities and palaces, fire-like chandeliers, ghost-headed ruling families, occasional orgies. (From time to time, perhaps, it's best to adjust the show's violence-to-debauchery ratio.) As always, there's a succession crisis, and when HBO's series is fueled by a succession crisis, just sit back and watch the infighting - we've got hours of hefty betrayal to enjoy or endure. Th
إرسال تعليق
قراءة المزيد